View source
watch 01:26
What is Shelby Company Limited?
Do you like this video?
Play Sound

The Shelby Company Limited is a limited company owned by the Shelby Family. It is a successful business that continues to thrive through the 1920s. Thomas Shelby is the head of the company, while his Second-In-Command is Polly Gray, who was previously the Deputy Treasurer. Michael Gray is the Chief Accountant while Lizzie Stark is the Deputy Treasurer. Before his death, John Shelby sealed the books, both legal and off-track. While a thriving company, the company was set up in hopes of turning all of Peaky Blinder business legal above-ground.

The Peaky Blinders begin to expand following 1919 and, when they are offered security jobs by Billy Kimber, the company is set up in order to keep their profits legal and above board. Under Shelby Company, the Peaky Blinders receive their first legal racetrack pitch from Kimber.

At a Shelby family meeting, John Shelby reveals that the company is very successful: making €150 pounds a day (Equivalent of £6,000 today) on average. Despite this success, Thomas has greater plans for it, and expands it southward to London, England.

Thomas Shelby writes a letter to Winston Churchill, asking for help with his business in exchange for carrying out an assassination. In the letter, he asks for the Colonial Office to grant him an Empire Export Licence, covering India, Malay Peninsula, Canada and Russia. He states that he plans to transport certain manufactured goods from Birmingham to the Poplar Docks.

These manufactured goods are part of an export drive idea created by Thomas. Secure passage to a warehouse in Camden Town and secure passage to the Poplar Docks allow the Shelby Company to send out export crate of Riley Motorcar spares, bound for Halifax, Nova Scotia. Hidden in the packing of these car spares will be 500 bottles of single malt Scotch Whiskey, to be sold. Meanwhile, the export licence prevents their crates from being searched, thanks to the prohibition laws in North America.

During 1922, Shelby Company grows, becoming more successful than ever before, perhaps due to the downfall of Kimber and the Peaky Blinders take-over of London and surrounding areas. The company also enjoys a stable cash flow from Winston Churchill. By the end of 1922, Ada Thorne has become more interested in Shelby Company business and takes up a job offer to act as Head of Property and Acquisitions at the company's Boston office.

By the end of 1922, Michael Gray has settled into his position of head accountant and is making generous sums of money. Furthermore, the company becomes somewhat fully legal, with most Peaky cash flowing through the business in some form or another.

The Board of Directors 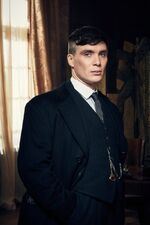 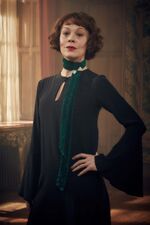 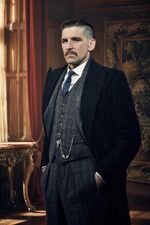 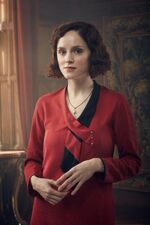 Ada Thorne, the Head of Acquisitions 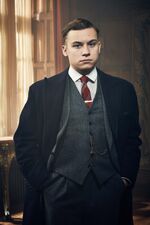 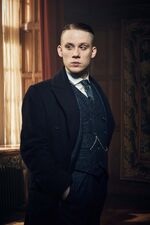 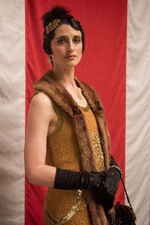 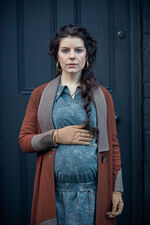 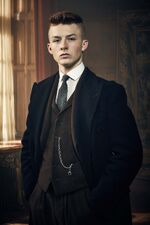 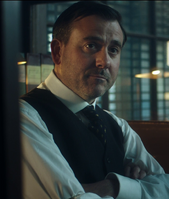