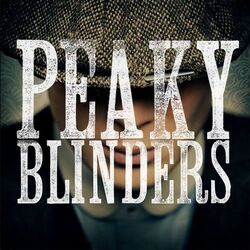 Peaky Blinders is a British historical crime drama television series loosly based on the real Peaky Blinders, an urban youth criminal gang based in Birmingham, England, during the late 1800s and early 1900s centuries. The series stars Cillian Murphy as Thomas Shelby, a gangster operating during the aftermath of World War I.

The story is a "gangster family epic", which centers on the Peaky Blinders gang and their ambitious and highly dangerous boss Thomas Shelby. Chief Inspector Chester Campbell is sent over from Belfast as a detective in the Royal Irish Constabulary by Winston Churchill, who tasks him with recovering a stolen cache of arms meant for Libya, as well as suppressing the disorder and uprising brewing in Birmingham

Series 2 is set two years after the first, in 1922, and sees "the Shelby Family expand their empire South and North while maintaining a stronghold in their Birmingham heartland".[1]