View source
watch 02:07
Spider-Man: No Way Home Trailer Dropped - The Loop
Do you like this video?
Play Sound

Bonnie Gold
Jack Rowan began acting at 17, working with the National Youth Theatre's Connections, made a name for himself in the major Channel 4 drama playing Sam, a school boy who could be a nascent murderer in Born to Kill (2017). He's also had a guest lead role in Silent Witness as Kevin Garvey and played Brinni in ITV's Beowulf drama in 2016. He appeared as Bonnie Gold in BBC Drama "Peaky Blinders' and in 2020 plays Callum McGregor in the BBC Adaptation of Malorie Blackman's book series 'Noughts and Crosses'.

Jack is an amateur boxer with 27 competitive bouts under his belt. 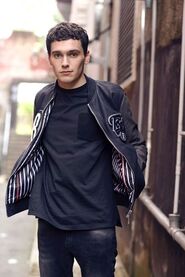