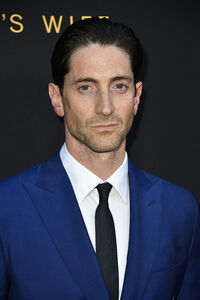 Iddo Goldberg is a British-Israeli actor and producer, known for Peaky Blinders (2013), The Zookeeper's Wife (2017) and Salem (2014). He has been married to Ashley Madekwe since June 17, 2012. In the Peaky Blinders he plays the role of Freddie Thorne.

Retrieved from "https://peaky-blinders.fandom.com/wiki/Iddo_Goldberg?oldid=11820"
Community content is available under CC-BY-SA unless otherwise noted.