He is best known for his performance in 28 Days Later and has appeared in big blockbuster hits such as Inception, Dunkirk and the Batman trilogy directed by Christopher Nolan as well as the 2016 film, Anthropoid, starring alongside Jamie Dornan.

Murphy was born in Douglas, Cork, Ireland, and was raised in Ballintemple, Cork. His father Brendan worked for the Irish Department of Education, and his mother was a French teacher. His grandfather, aunts and uncles were also teachers. Murphy started playing music and writing songs at the age of 10. He has a younger brother, Páidi Murphy, and two younger sisters, Sile Murphy and Orla Murphy.

Murphy is married to Yvonne McGuinness, an artist. The couple has two sons, Malachy Murphy or Aran Murphy.[1] 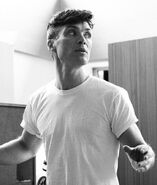 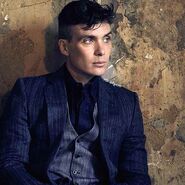