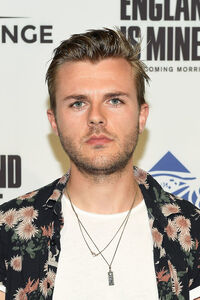 Date of Birth
January 25, 1991
Birthplace
Birmingham, England, UK
Role
Polly's Lover
External Links:
IMDB Site
'Adam Lawrence is an English actor who was born and raised in Birmingham. His debut film appearance saw him long listed for a BIFA Award for 'Most Promising Newcomer' for the role Billy Duffy in 'England Is Mine. His other credits include roles in The Last Witness (2018) and Ladders (2015).
Retrieved from "https://peaky-blinders.fandom.com/wiki/Adam_Lawrence?oldid=10488"
Community content is available under CC-BY-SA unless otherwise noted.